Last Monday (Oct 17) you used the words “massive racist” in a Tweet about my LBC interview in which I opposed the Home Affairs Select Committee’s demonisation of the Labour Party.

“Massive racist” – this is hardly appropriate language to direct at a Jewish member of your own party, especially as you have been a main player in a public campaign complaining of incivility among members. It is however entirely consistent with the language used over recent months to discredit members who support both freedom and justice for Palestine and Jeremy Corbyn’s project to transform the way we do politics.

Let’s be clear – if people claiming to support justice for Palestine genuinely abuse Jews as Jews, then they are no friends of mine and I will not defend them. There are a miniscule number of such instances in the Labour Party. Meanwhile, racism against Muslims and other religious and ethnic minorities is rampant throughout British society.

Many of the charges you so eagerly repeat have been comprehensively debunked. But the media goes on uncritically regurgitating unproven allegations of antisemitism, painting an incredible picture of a Labour Party dominated by Jew-hating racist bullies. Protesting to the contrary has been taken as proof of antisemitism. This is Catch-22, McCarthyism and Alice in Wonderland all rolled into one!

You claim to be a friend of Palestine. You are definitely not a friend of Jeremy Corbyn. This explains your hostility to me when I attacked the Home Affairs Select Committee (HASC) Report on Antisemitism in the UK. You are so eager to undermine your own party leader that you embrace the HASC’s partisan assault on him and wield the allegation of racism to deny legitimacy to someone who disagrees with you.

In supporting the HASC report, you are backing a drive to re-write the way we understand antisemitism and other forms of racism. The pro-Israel lobby – supported by its allies in the drive to demonise Corbyn – are insisting on their own self-serving definition. They say Israel must not be challenged because many Jews attach their identity to it. But many Jews do not, while many vociferous friends of Israel are not Jews.

Under the shoddy “new definition” of antisemitism proposed by the HASC, hatred of Jews is to be treated differently to other racial, ethnic or religious hatreds, tying it uniquely to attitudes to a nation state.  Israel is now to be treated like a person who can be perceived as a victim of race hate. The implications of this are too numerous and alarming to be dealt with here.

Suffice it to say that if the “new definition” is taken up in every UK institution, as the HASC demands, Palestinians will not be able to argue against their oppression and I, as an anti-Zionist Jew, will be silenced, along with every other UK citizen concerned about justice in the Middle East. Far from protecting Jews against antisemitism, portraying us as insisting upon censorship in defence of the state of Israel can only stoke hostility against us.

On behalf of the many Jews who share my perspective, I challenge you to debate the issues with us in public. 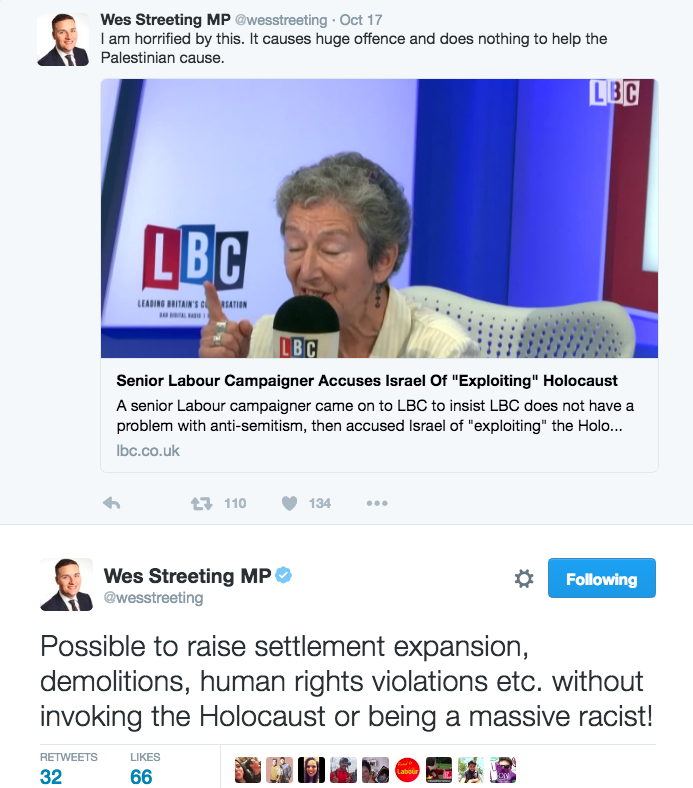