New York, London, Berlin, Tel Aviv (July 17, 2018)  –  From South Africa to Sweden, New Zealand to Germany to Brazil, for the first time ever over thirty Jewish organisations across the globe have come together in a statement opposing attempts to use a distorted definition of antisemitism to stifle criticism of Israel. The statement, spearheaded by the US-based Jewish Voice for Peace and supported by six UK Jewish groups, condemns a growing trend of legislative campaigns to target organisations that support Palestinian rights, especially the nonviolent Boycott, Divestment and Sanctions (BDS) movement. END_OF_DOCUMENT_TOKEN_TO_BE_REPLACED

Readers will recognise similar tactics used by Zionist Zealots to abuse supporters of Palestinian Rights in the UK. They will also recognise the methods of taking phrases out of context and making the most negative possible interpretation of statements in the charges of antisemitism made in Labour Party disciplinary cases and elsewhere – editor

Philosophers have something called “the principle of charity,” which requires interpreting a speaker’s statements to be rational and, in the case of any argument, considering its best, strongest possible interpretation.

There ought to be a similar “principle of op-ed charity,” which requires the writer to read the opposition’s statements and arguments in good faith and with the strongest possible interpretation before making criticisms. Too often, we find the opposite: an op-ed that misconstrues, misreads, and offers “evidence” that doesn’t support the claims under attack. END_OF_DOCUMENT_TOKEN_TO_BE_REPLACED

Who Gets to Speak about Antisemitism? “Antisemitism and the Struggle for Justice” at the New School for Social Research

Shaul Magid
Reprinted from Tikkun by permission
Note from Rabbi Michael Lerner, Tikkun editor. Shaul Magid answers below a set of criticisms being published in other Jewish publications about a forum on antisemitism sponsored by JVP (Jewish Voice for Peace), the leading Jewish organization supporting Boycott, Divestment and Sanctions (BDS) in the Jewish world. Tikkun has not endorsed BDS, and our readers have a wide variety of different opinions about its wisdom as a strategy to achieve what we do endorse–peace and justice for both Israelis and Palestinians–but we do support the right of others to support those versions of BDS that do not seek to end the existence of the State of Israel. We plan to have a fuller discussion of BDS in a forthcoming Tikkun focused mostly on its wisdom as a strategy. 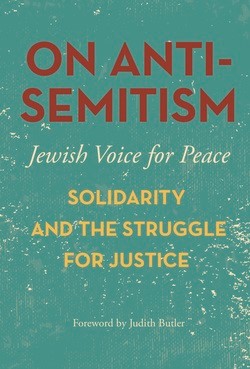 On the evening of November 28th, 2017 the New School for Social Research in Manhattan, an institution long devoted to progressive politics and cultural critique, held an event entitled “Antisemitism and the Struggle for Justice.” It was in part a celebration of the book On Antisemitism: Solidarity and the Struggle for Justice published in 2017 by Haymarket Books sponsored by Jewish Voice for Peace. There were four panellists in attendance; Leo Ferguson who works for Jewish for Racial and Economic Justice, Lina Moralis a Chicago-based Latinx-Ashkenazi Jewish activist who identifies as bi-racial and who is openly anti-Zionist, Rebecca Vilkomerson, executive director of JVP, a progressive Jewish organization that supports BDS against Israel, and Palestinian-American activist Linda Sarsour. The event received sharp criticism in the Jewish media days before it took place, claiming, among other things, that these panellists have no right, nor are sufficiently equipped, to speak about antisemitism. Outside the New School auditorium stood a crowd of protesters from the wide swath of the Jewish centre-right to far-right, some calling for de-funding the New School for staging such an event. The event went off without a hitch, save two small disruptions during the Q & A period. END_OF_DOCUMENT_TOKEN_TO_BE_REPLACED

For years I have remained silent as Gerald Steinberg and NGO Monitor have harassed anti-occupation groups in Israel-Palestine, spreading falsehoods about us in order to shut us down. Now is the time to speak out.

Around a decade ago, a new Israeli organization appeared out of nowhere. It had a name that sounded like a piece of medical equipment: NGO Monitor. The organization was founded by a Bar Ilan professor named Gerald Steinberg, as part of a right-wing think tank led by Netanyahu confidant Dore Gold. Since its establishment, Steinberg and NGO Monitor have been working tirelessly to dry out the funding of Israeli, Palestinian, and international human rights and peace groups.

Like a pesky fly, the Monitor sticks to anti-occupation civil society organizations, following their activity and their fundraising efforts and exerting great efforts to harm their ability to raise money. In order to realize this goal, NGO Monitor has created an industry of articles, data sheets, and posts which circularly cite one another and slander these organizations. It then systematically repeats and recycles those papers so many times that had they been academic papers, they would have been the hit of Google Scholar. END_OF_DOCUMENT_TOKEN_TO_BE_REPLACED

A debate in the European Parliament on Wednesday (May 31) exposed pro-Israel lobbyists as the natural allies of far-right Islamophobes supporting a definition of antisemitism designed to defend the state of Israel.

Ostensibly about a motion on “Combating Antisemitism”, the discussion in fact revolved around one clause calling for institutions of the EU and all member states to adopt the controversial “International Holocaust Remembrance Alliance working definition of antisemitism.”

This document, based on an earlier “working definition” abandoned by the now defunct EU monitoring centre on racism and xenophobia (EUMC), broadens the widely understood concept of antisemitism as hostility towards Jews, to include criticism of Israel.

In Thursday’s vote, 101 MEPs voted against its inclusion in the motion, but 479 voted in favour while 47 abstained. The motion including the contentious clause was passed.