Benjamin Balthaser reviews ‘Antisemitism: Here and Now’ by Deborah E. Lipstadt. He argues that contemporary antisemitism must be confronted. Yet liberals who dwell on supposed ‘left antisemitism’ and insist on equating leftists like Jeremy Corbyn with the open antisemitism of right-wing figures like Donald Trump are not only blatantly dishonest, but prevent us from fighting anti-Jewish bigotry.

Reprinted from The Jacobin by permission of the author

These are strange times to be Jewish in the US. We have a president attacking progressive representatives Ilhan Omar and Rashida Tlaib with false claims of antisemitism. Only a short time before, the same president ran the first openly antisemitic presidential campaign in living memory.Strange as it seems, such gestures are hardly new. The mastermind of what was arguably the greatest antisemitic purge in US history, McCarthyism, also characterized himself as a great defender of Jews: J. Edgar Hoover blamed antisemitism not on his own anticommunist witch hunts, which disproportionately targeted Jews and relied on antisemitic imagery, but on the very communists he targeted.

In an incredible act of chutzpah, Hoover claimed in his book on the communist menace, Masters of Deceit, that Nazism borrowed its antisemitism from Marxism, that the Soviet Union tacitly supported the Holocaust, and worst of all sins, the communists did not support Israel. Hoover said this while simultaneously hiring former Nazis as informants, sending two Jews to the death chamber on dubious conspiracy charges, not to mention sending countless other Jewish people to jail under the Smith Act. He finally concluded that Jews who support communism are not real Jews. END_OF_DOCUMENT_TOKEN_TO_BE_REPLACED 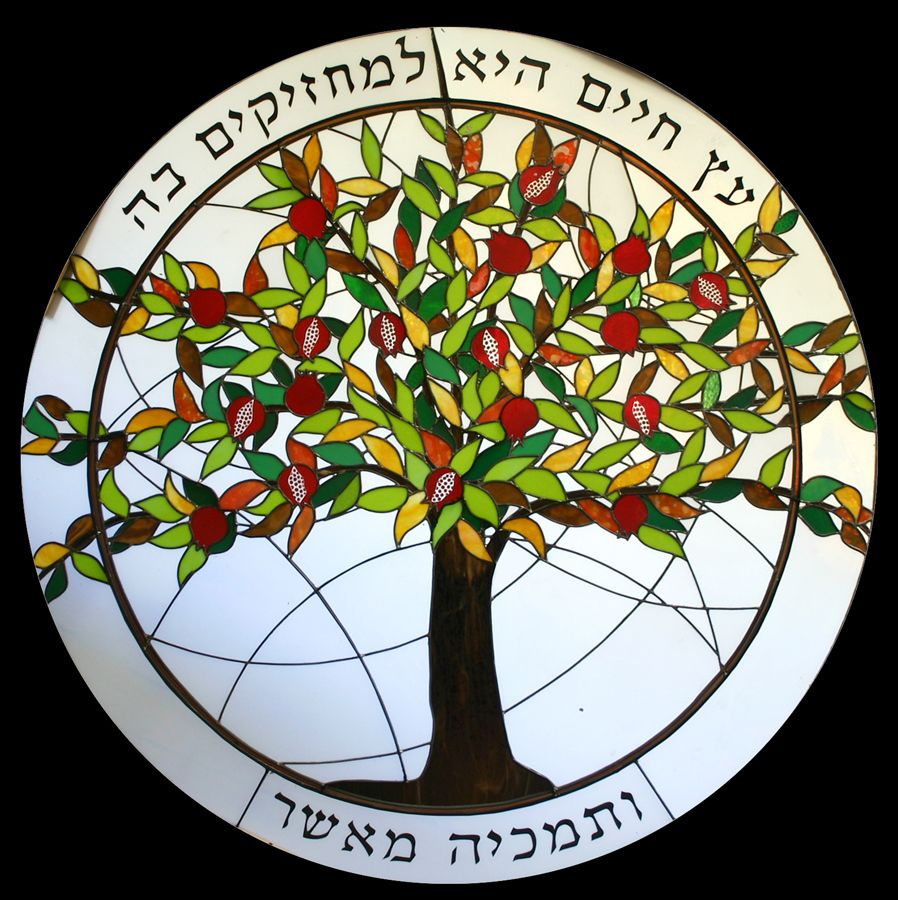 Antisemitic references to Jews have been a feature of the Trump administration campaign since the presidential primaries in 2016. Only the week before the Pittsburgh massacre, Kevin McCarthy, the second Republican leader in the House of Representatives, tweeted that three wealthy Jews, including George Soros, were attempting to “buy” the mid-term elections. END_OF_DOCUMENT_TOKEN_TO_BE_REPLACED

Richard Falk
Reprinted from MWC News by permission of the author

I suggest that Zionists fond of smearing critics of Israel as ‘antisemites’ take a sobering look at the VICE news clip of the white nationalist torch march through the campus of the University of Virginia the night before the lethal riot in Charlottesville.

In this central regard, antisemitism, and its links to Nazism and Fascism, and now to Trumpism, are genuinely menacing, and should encourage rational minds to reconsider any willingness to being manipulated for polemic purposes by ultra-Zionists. We can also only wonder about the moral, legal, and political compass of ardent Zionists who so irresponsibly label Israel’s critics and activist opponents as anti-Semites, and thus confuse and bewilder the public as to the true nature of anti-Semitism as racial hatred directed at Jews. END_OF_DOCUMENT_TOKEN_TO_BE_REPLACED

The only message of congratulations that Steve Bannon has received from abroad, apparently, since being named the senior strategic adviser in Donald Trump’s White House, is one that arrived on official Israel government stationery and was signed by Israeli Minister of Agriculture Uri Ariel.

Meantime Israel’s Ariel hastens to send Bannon his blessings. Ariel, who is from the Jewish Home party, the party of the settler movement and the most extreme right-wing group in the Knesset and a senior partner in the Netanyahu government’s coalition, was pleased at the appointment of a man whose ex-wife has accused her former partner of anti-Semitism. “There are no words to describe this shame,” fumed Knesset member Stav Shaffir of Israel’s Labor Party in a Facebook post (Hebrew). 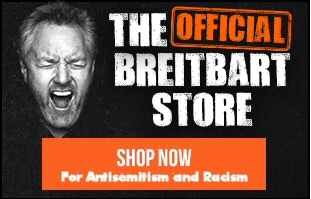 Knesset member Stav Sappir of the Israeli Labor party posted a scathing response to Ariel’s ensdorsement of Bannon (Hebrew) on her Facebook page: she wrote. “Rabbis from all across the USA are publishing denouncements… [and] dozens of Jewish organisations are campaigning against the appointment; the rest of the world – left and right alike – are warning of the danger in appointing a proud racist to such a sensitive American government post… while, along with Minister Ariel of Israel, those congratulating Bannon on his appointment include the leadership of the Ku Klux Klan, some prominent American anti-Semites, and the American Nazi Party.”

For supporting Israel, all is forgivable

The Israeli right has invented a new hybrid tool: the pro-Israel anti-Semite. It turns out that such a thing is possible. You can be an anti-Semite and still be okay is certain circles in Israel. The main thing is being “a friend of Israel,” which today means loving the Israeli occupation.

In return for supporting the Israeli occupation indefinitely, for encouraging the settler enterprise, the Israeli right is prepared to forgive anything. Anything at all. To forget the past, turn a blind eye to the present, mortgage the future, and relinquish any vestige of morality. Just let us go on building in the territories, that’s all we care about. To perpetuate the occupation, the Israeli right will sacrifice even the fate of America’s Jews, pawn its connection with them, ignore their anxieties and dismiss their concerns.

Former Israeli Prime Minister Yitzhak Shamir, another extreme right-wing figure, once said: “For the sake of Israel, lying is permitted.” The limits of this dubious assertion have now been woefully stretched by Israel’s right-wing settlers. For Israel, it is permissible to support even anti-Semitism, extreme nationalism, chauvinism and racism of every sort. The stretch began with the Israeli public’s overly broad support for candidate Donald Trump, perhaps the broadest of any other constituency outside the US, until it arrived at the ministerial letter congratulating the newly appointed Bannon.

Unlike in many other countries, notably in Western Europe, no Israeli official figure has expressed reservations about Trump’s electoral win. This turn of events is not attributable solely to any threat to Israel. It was driven by authentic support for this problematic president-elect. Evidently the Israeli right, with its nationalism and its racism, finds a common language with the American right, similarly nationalist and racist.

Even worse, the global battle against anti-Semitism, a platform where the rightists typically scream loudest, begins to some degree to resemble a manipulative and cynical (and currently less useful) ploy. Suddenly, being anti-Semitic is no longer so terrible now. Suddenly it’s forgivable, especially if you hate Muslims and Arabs. So long as you are “pro-Israel”.

The Jewish and Israel right has issued a blanket pardon to pro-Israel anti-Semites, who will run the next US government. Like pornography, anti-Semitism now becomes a matter of geography, self-interest and cost-effectiveness. Right-wing American anti-Semites are no longer seen as anti-Semites as long as they support the occupation. Israel’s right wing finds anti-Semites only on the left. Roger Waters, an upstanding man of conscience, is anti-Semitic; Steve Bannon, openly racist and a closet anti-Semite, is Israel’s friend.

Jewish and Israeli activists who left no stone unturned in the search for signs of anti-Semitism, who saw every parking ticket issued to an American Jew as a hate crime, who screamed bloody murder when any Jew was robbed or Jewish headstone desecrated, are now kashering vermin. Suddenly they’re not sure that what we have here is that old disease, anti-Semitism.

Jurist Alan Dershowitz, pro-Israel crusader and propagandist extraordinaire, has already come to Bannon’s defence. In his Haaretz op-ed of 27 November, Dershowitz opined that the man whose wife testified that he didn’t want to send his children to school with Jews is not an anti-Semite. “The claim was simply made by his former wife in a judicial proceeding, thus giving it no special weight,” commented Dershowitz with pseudo-Talmudic aplomb. Dershowitz was told by an Orthodox Jew who once worked with Bannon that the man had never shown signs of anti-Semitism. Suddenly that’s enough for Dershowitz. Suddenly it’s all right to distinguish between anti-Semitism and racism.

Israel’s ambassador to the US, Ron Dermer, naturally made haste to join the chorus, declaring that he “looked forward to working with Bannon.” And how. They see eye to eye on everything: there is no such thing as a Palestinian, there is no occupation, illegal settlements are forever, leftists and liberals are traitors.

For Dermer, the Likud ambassador in Washington, friend of the Tea Party, boycotter of J Street, who in normal diplomatic circumstances would long since have been declared persona non grata in the USA and thrown out on his ear, the election results and the new appointments are like a brand new day dawning. Dermer will feel right at home with conspiracy theorist Frank Gaffney of the Center for Security Policy, another Islamophobe slated for a senior appointment; Dermer will love working with Bannon, and Mike Huckabee is so precisely his cup of tea. Dermer, remember, received the 2016 Freedom Flame award from the CSP, an organisation whose banner is Islamophobia and for whom Dermer is a hero.

These and other likeminded racists are Israel’s best friends in the United States. They have common cause with right-wing racists in Europe. When supporting the occupation is the one measure of friendship, Israel has no other friends apart from racists and extreme nationalists. This should have evoked tremendous shame in Israel: tell us who your friends are and we will tell them who you are. With friends like these, who needs enemies? The disgrace of their friendship is sufficient. But Israel apparently takes pride in its friends.

These racists love Israel because Israel acts out their own fantasies – subjugating the Arabs, abusing the Muslims, expelling and killing, arresting, interrogating and torturing them, razing their homes, shredding their honour. How this bunch of lowlifes would love to go there. Till now it’s been possible only in Israel, the light unto the nations in this context. Long gone are the days when a handful of South African Jews went to prison with Nelson Mandela. Now, well-connected Jews in America support the nation’s new rulers: racists and anti-Semites.

“The Palestinians call the white nationalist Bannon an anti-Semite, and AIPAC and Dershowitz think he’s not such a bad guy,” commented Palestinian-American author Susan Abulhawa on her Facebook page. Abulhawa was expelled by Israel at the Allenby Bridge last year. The US and Israel are sharing the same values these days.

All that’s left now is to wait and see whether the new American regime will deliver the goods. Will the declared Islamophobia and xenophobia of several of its main figures lead to blind support for the Israeli occupation, even more so than under previous American administrations? Will the Israeli right wing’s bet pay off?

There is also the matter of what will happen among liberal Jewish circles in the United States, who are a substantial segment of the American Jewish community. Will these developments change their attitude to Israel? Rightist, ultra-nationalist Israel, with its overt support for Trump and its senior minister who sends his congratulations to Steve Bannon – is that a country worthy of automatic support from America’s Jews? Israel, stalwart friend of the American hard right – is that an Israel whose flag liberal American Jews can proudly wave?

Over the next few months, we will find out. Maybe, paradoxically, the rise of the American right, alongside a regime no less rightist and nationalist in Israel, will shake up the liberal Jews of America and pose hard questions they have never faced. Until now.