Richard Falk
Reprinted from MWC News by permission of the author

I suggest that Zionists fond of smearing critics of Israel as ‘antisemites’ take a sobering look at the VICE news clip of the white nationalist torch march through the campus of the University of Virginia the night before the lethal riot in Charlottesville.

In this central regard, antisemitism, and its links to Nazism and Fascism, and now to Trumpism, are genuinely menacing, and should encourage rational minds to reconsider any willingness to being manipulated for polemic purposes by ultra-Zionists. We can also only wonder about the moral, legal, and political compass of ardent Zionists who so irresponsibly label Israel’s critics and activist opponents as anti-Semites, and thus confuse and bewilder the public as to the true nature of anti-Semitism as racial hatred directed at Jews. END_OF_DOCUMENT_TOKEN_TO_BE_REPLACED 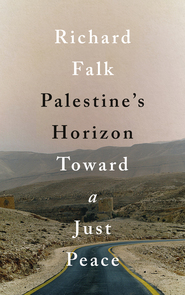 There was a strong pushback by Zionist militants threatening disruption. These threats were sufficiently intimidating to academic administrators, that my talks at the University of East London and at Middlesex University were cancelled on grounds of ‘health and security.’ Perhaps, these administrative decisions partly reflected the awareness that an earlier talk of mine at LSE had indeed been sufficiently disrupted during the discussion period that university security personnel had to remove two persons in the audience who shouted epithets, unfurled an Israeli flag, stood up and refused to sit down when politely asked by the moderator. END_OF_DOCUMENT_TOKEN_TO_BE_REPLACED

Analysis of the Letter Sent by All 100 US Senators to UN Secretary-General, about ‘eliminating Anti-Israel bias’.

Last week, all 100 US senators signed a letter to UN Secretary General, demanding ‘equal treatment’ for Israel.
The letter was an ostensible display of bipartisan unanimity about UN ‘anti-Israel bias’. While bias should definitely be examined, the blind cannot lead the blind.

This letter is thus an exhibition of bipartisan bias – on behalf of Israel.

The text of the letter, which in itself only fills 1.5 pages, ostensibly seeks ‘balance’:

“Through words and actions, we urge you to ensure that Israel is treated neither better nor worse than any other U.N. member in good standing.”

This is a paraphrase of a clause in the anti-Semitism definition of the International Holocaust Remembrance Alliance (IHRA) recently adopted also by UK: “Applying double standards by requiring of it a behavior not expected or demanded of any other democratic nation.”
END_OF_DOCUMENT_TOKEN_TO_BE_REPLACED