Please read the debate in full on Prospect. 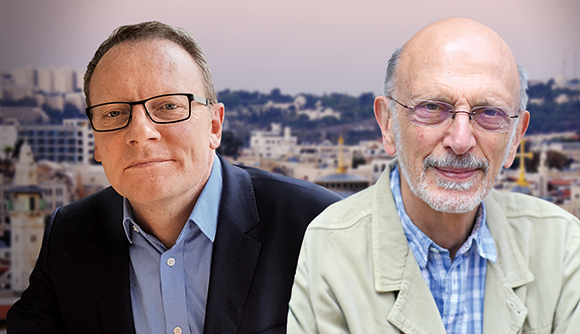 The Boycott, Divestment and Sanctions (BDS) movement calls for an economic, academic and cultural boycott of Israel over its policies towards the Palestinians. The UK, United States and other governments have criticised BDS as anti-Semitic and tried to prevent organisations, such as local authorities and student unions, from supporting it.

This is the most protean of racisms and it has shape-shifted again. Old-fashioned Jew hatred still exists, but anti-Semitism today is often found—as the Labour Party is discovering—in the smelly borderlands where an anti-Israeli sentiment of a particularly excessive, demented kind, commingles with and updates—often unthinkingly—older anti-Semitic tropes, images and assumptions.

I call this “anti-Semitic anti-Zionism” and I think it has a programme. It intends the destruction of one nation state in the world—the little Jewish one. And the core of the BDS movement does seek to eliminate Israel. Norman Finkelstein, a high-profile critic of Israel, has railed against the “duplicity and disingenuousness” of the BDS movement, which claims to be agnostic on Israel. Finkelstein argues, “At least be honest with what you want: ‘We want to abolish Israel, and this is our strategy for doing it.’” Whether you marched with the Anti-Nazi League in the 1970s or not, if you want to destroy the world’s only Jewish homeland, you’ve wandered into those borderlands.

Its discourse is not “criticism”—and there is much to criticise—but something much darker. It bends the meaning of Israel and Zionism out of shape until both become receptacles for the tropes and ideas of classic anti-Semitism. In short, that which the demonological Jew once was, demonological Israel now is: uniquely malevolent, full of bloodlust, all-controlling, the hidden hand, tricksy, always acting in bad faith, the obstacle to a better, purer, more spiritual world, uniquely deserving of punishment, and so on. And then there is the spreading filth of Holocaust inversion: Benjamin Netanyahu, the Israeli Prime Minister, is Adolf Hitler, the Israeli Defence Force is the SS, Israelis are Nazis. The BDS movement has taken this demonising discourse into every nook and cranny of civil society and has poisoned all it comes into contact with, from the churches to the trades unions to the Labour Party.

You do go to rhetorical extremes. I had hoped this exchange might calm and clarify an important debate. Setting up ghoulish straw men so that you can satisfyingly knock them down doesn’t hack it. I will try to practise what I preach. Your case, when stripped of the cartoon villains, comes down to a useful neologism; useful, that is, to you. I would like to dwell on “anti-Semitic anti-Zionism” as a concept.

As Brian Klug, a philosopher and a noted scholar of the subject, has said of anti-Semitism, “the word matters because the thing matters.” He suggests a working definition: “anti-Semitism is a form of hostility to Jews as Jews, where Jews are perceived as something other than what they are.”

Your neologism confuses categories: the question of anti-Semitism as a pathological and distorted dislike of a certain kind of Other, with anti-Zionism which is a legitimate political concept. Zionism was and is a nationalistic and political movement to establish a Jewish homeland. But there were people already settled on that bit of land. The outcome has been a steadily escalating programme of discrimination, dehumanisation and violence against the Palestinians that has outraged many people round the world. Even many Jews, such as myself. Some of us have now come to see that outcome as contained, in embryo, from the outset.

The accusation of a “new anti-Semitism” is a political project, developed as a shield against the many legitimate and indeed compelling criticisms of Israel. Boycott is by far the most effective tactic to impress on the Israelis that their actions have consequences. That is why it has become such a priority to try to brand it as anti-Semitic. Play the man, so as not to have to address the ball.

The sheer irresponsibility of deliberately blurring the edges of anti-Semitism for political purposes continues to shock me. Real anti-Semitism, though less prevalent and virulent than before, hasn’t gone away. There is still a real, if medium-sized wolf, out there.

2 thoughts on “The Duel: Is it anti-Semitic to boycott Israel?”