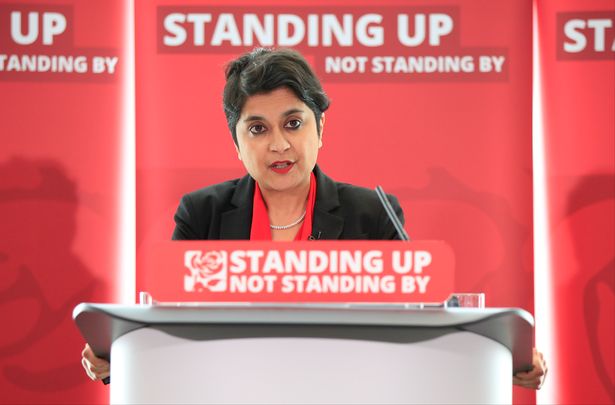 In this comment I will try to sketch out

Despite having been Jewish all my life I have only experienced two antisemitic incidents. Neither had anything to do with the Labour Party. And I first joined the party in 1961! This is not a uniquely charmed life. The ex-Chief Rabbi Jonathan Sachs, interviewed on television, rather embarrassedly confessed that he had not himself experienced a single antisemitic incident. There can be no doubt that antisemitism, an ugly deformation in any society, has a continuing underground life in Britain as elsewhere, and that we should be alert to its existence and possible increase. But its public manifestations are currently so small that it is really impossible to say whether it is actually going up or down.

How then to explain the moral panic over antisemitism, specifically in the Labour Party, that struck the UK body politic earlier this year? There is ample circumstantial evidence that it is the result of a manoeuvre, brilliantly successful, perpetrated (if that is the right word, and I think it is) as a joint enterprise by the friends of Israel and the enemies of Corbyn. These two groups, whose memberships overlap, made common cause, exploiting both their network of contacts in the media and the paid PR apparatus that boosts Israel wrong or wrong. The cause is common because the Labour Party enemies of Corbyn resent his election and are determined to take ‘their’ party back, while Israel has every reason to try to reverse the innovation of a major UK party leader who is a committed supporter of the Palestinian cause.

Although quite wonderful in many ways Jeremy Corbyn is perhaps not a natural leader for a party or a movement; nor is he fleet of foot in dodging enemy bullets or turning them back on their originators. Which makes the establishment of an inquiry into Antisemitism and Other Forms of Racism in the Labour Party almost the exception that proves the rule. It was an intervention which quelled the hubbub, in particular because the chair of the Inquiry, Shami Chakrabarti, has such an unshakeable reputation for probity, and indeed a strong public affection. Her assistants, David Feldman and Janet Royall provided the necessary backup in terms, respectively, of antisemitism and the workings of the Labour Party. But they did not write or have to approve the Report. It is hers.

The report lists 85 organisational submissions, and there was also an unknown number (probably large) of individual contributions. Judging by their names about 30 of the organisations are likely to have taken what I will for convenience call a ‘pro-Israeli’ line (stressing antisemitism as a crisis needing strong action); and some 20 came from explicitly pro-Palestinian organisations. Another 10 came from within the trade union and Labour movement, while 10 came from other religiously-identified groups, mostly Muslim. (Not all are easily classifiable in this way.) The submissions by the considerable group of Jewish organisations that mobilised against the moral panic are collected together at the Free Speech on Israel website. (For completeness, a collection of opposing submissions is also available.)

Given the copious leaks about suspensions from the Labour Party that could only have come from the Labour’s HQ bureaucracy (effectively working for dissident MPs rather than the elected party leader) unusual precautions were taken about the report launch. The aim was to avoid selective leaks with their accompanying negative spin. Only one copy of the text was produced and, so we are informed, that was passed directly from Chakrabarti to Corbyn. However….

The launch of the report, despite measured speeches by Chakrabarti and Corbyn, was effectively hijacked by a press corps which only wanted to ask the latter about his travails with disloyal MPs, and by media-oriented stunts about antisemitism of exactly the kind that provoked the Inquiry in the first place. The result is that the content of this significant report has not had the attention that it deserves.

Any summary of the report is bound to be selective. The points I would pick out are

How has the report been received?
How have the interested parties responded to the Report?

Jeremy Newmark of the Jewish Labour Movement (more of him later) urges his readers to applaud as ‘seminal … the clarity around the unacceptability of using Zionism as a form of abuse’. But he acknowledges that ‘many of our members are underwhelmed and disappointed that recommendations on process are not stronger’.

Chief Rabbi Mirvis, and his predecessor Jonathan Sachs, focussed on the claim that Jeremy Corbyn’s speech at the press conference was itself antisemitic. But Mirvis also said that “there is much in the Chakrabarti Report that can herald an important step forward – in particular its acknowledgement that some within the Labour Party have peddled the prejudice of antisemitism, using language, innuendo and accusations that are deeply offensive and which should be universally condemned.”

The Zionist Federation is lukewarm at best: “The report scarcely begins to shine a much needed light into this grey area. Instead it buries it under a mass of generic procedural recommendations for tackling racism as a whole, with very little attempt to clarify what constitutes specifically anti-Jewish racism.” It thinks the report would be welcome if it proved to be a trigger for a further process of tackling antisemitism in the Labour Party, but ‘as a conclusion it is wholly inadequate’. It suggests that this inadequacy may have resulted from the Inquiry having given equal weight to the submissions of the ‘red/green alliance of anti-Zionist organisations’ to those arguing that anti-Zionism is a major part of the problem. Shame on Charabarti for this even-handedness!

The Campaign Against Antisemitism waxed apoplectic about the Report as a ‘vague, meaningless whitewash’ with a comment full of inexcusably, disgraceful and the like. That is what they do.

One way of constructing a more objective scoreboard is to look at what those who stood to gain from the fomented sense of crisis hoped to gain from it. Two explicit proposals were promoted in April – by Progress, the Blairite ginger group which publishes the magazine Prospect; and by the Jewish Labour Movement (previously Poale Zion) which is affiliated to the Labour Party but also to the Israeli Labour Party and the World Zionist Organisation.

Progress assiduously promoted an ‘8-point plan’ on antisemitism. One of these points is to urge people to join the Jewish Labour Movement. The others are
1.     Training for the NEC in modern antisemitism and
2.   A vice-chair of the NEC equalities committee for the Jewish community
3.     New capacity for the compliance unit
4.     Time to clarify the rules – anti-semitism must lead to a lifetime ban
5.     Third party reporting or an independent ombudsperson
6.     Self-organised groups for Jewish youth and student members
7.     A modern understanding of anti-semitism – victims matter

The other specific proposal came from the Jewish Labour Movement: to change the Labour Party rulebook. At present this simply mandates action against those who “are considered to have acted in a way that is grossly detrimental to the Party”, without specifying particular types of misbehaviour. The aim of the proposed rule change is to have ‘stricter rules and sanctions to be placed upon members who have made racist, antisemitic or islamophobic statements’, and enable the Party to move ‘immediately’ against those who make such statements.

In support of this rule change the Jewish Labour Movement (JLM)

Of these points the first is explicitly recommended against by Chakrabarti, the second goes against her commitment to priority of free speech, while the third is an assertion they may make but which others are not obliged to honour.

A small digression on JLM and its chair Jeremy Newmark is in order. Newmark was formerly Chief Executive of the Jewish Leadership Council, which vied with the Board of Deputies and the Zionist Federation to ‘speak for’ the UK’s Jewish community. It was in that role that he gave evidence for Ronnie Fraser in the latter’s notorious law suit against his own union, the University and College Union (UCU), which alleged antisemitism in its conduct of debate on academic boycott. Judge Snelson’s excoriating judgement on that doomed enterprise contained a range of criticisms of Newmark’s evidence –  for playing to the gallery, making preposterous claims, and making extraordinarily arrogant but also disturbing remarks. Crucially “we have rejected as untrue the evidence of {A N Other} and Mr Newmark [about an incident at the 2008 UCU Congress]”. It is striking that this is the man leading the charge to ‘reform’ the Labour Party’s handling of antisemitism.

The JLM rule change proposal is still active, and has been adopted by some constituency Labour Parties as motions to the impending Labour Party conference. It is wholly contradictory to the spirit of the Chakrabarti report. In September we will find out, in Lewis Carroll’s words, who is to be master.

One underlying but unspoken assumption underlies all the pressure and media hoo-ha about antisemitism over recent months. This is that antisemitism is a psychopathy in a class of its own, at the very pinnacle of the hierarchy of victimhood, and so requiring the most special of treatments. The reason that it was unspoken was because to have done so would have revealed the extraordinary self-absorption implicit in this claim – extraordinary in a society where Islamophobia and anti-immigrant prejudice are visibly rampant. One of the most valuable aspects of the Chakrabarti Report lies in its framing of antisemitism within the general category of racism. This was present from the outset in the terms of reference which Corbyn established for the Inquiry, and the Report’s recommendations insist that all racisms are equally abhorrent and be subject to the same effective, but non-selective procedures.

The Chakrabarti Report does not analyse the nature of settler colonialism, or the ideological roots of the Zionist project. It does not define racism in terms of power relations. It does not explore, let alone expose, the motives of those who conspired to foment the moral panic about antisemitism. It largely avoids historical analysis.

This is because the Report is not a political treatise, it is a political intervention. Its content and tone necessarily reflects that fact. Its function is to mobilise a new political consensus in place of the invective-filled hostilities around this topic over the past 5 months. It cannot do that by adjudicating that one side or the other is the winner. Rather, such a report needs to enunciate irreproachable general principles from which certain consequent actions logically flow. If the principles are well chosen and the logic clearly articulated then the previously competing sides will need to accept this new definition of the terrain, because to be seen to reject so reasonable a resolution has costs that are too great.

I believe that the Chakrabarti Report fulfills this function very well. Many of those who work for the achievement of justice for the Palestinians were concerned during the months of the fomented antisemitism crisis and the cavalcade of unjustified suspensions from the party, that the space for critique of Israel and Zionism would be drastically curtailed. If anything the reverse has happened. Free speech, including the freedom to criticise Israel and its policies, has been resoundingly reaffirmed. Improved procedures for investigating complaints of antisemitism, provided they are implemented, will prevent the demonstrative harassment and exclusion of those who advocate for the Palestinians. Rather than criticizing the report for not providing a swingeing critique of Israel’s malfeasance we should be celebrating its good common sense and doing all we can to ensure that it is put into practice.