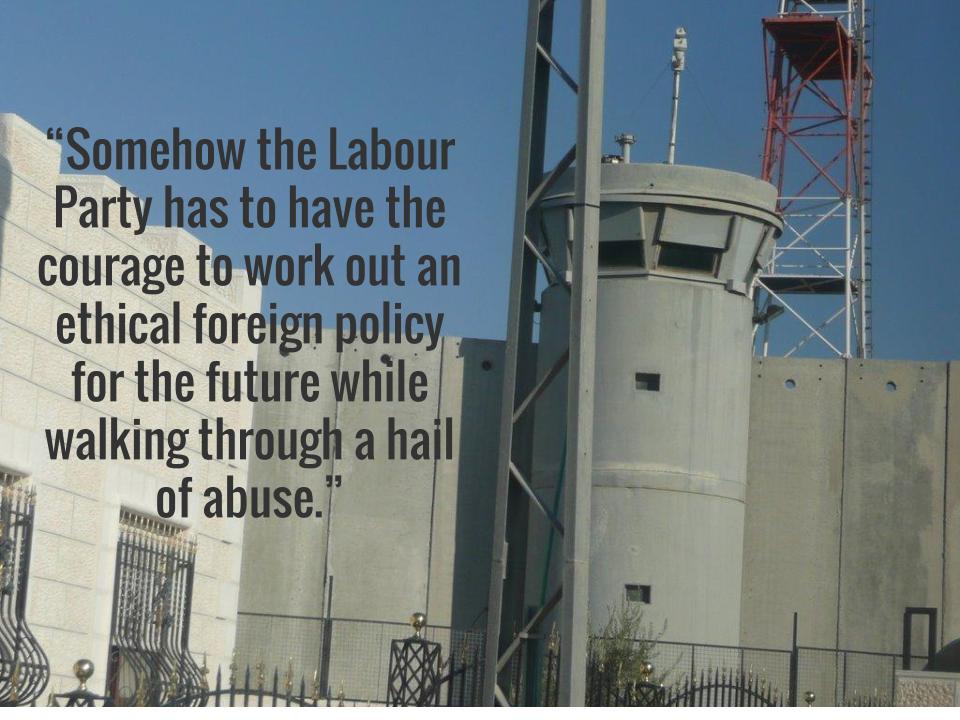 The inquiry which Jeremy Corbyn has set up under Shami Chakarabarti to investigate charges of anti-Semitism will be hearing eloquent Jewish voices saying unexpected things. The first member suspended from the party on these charges is the son of a rabbi, and the latest (at the time of writing) is of mixed Jewish and African-Caribbean descent.

It has taken some time for the missing voices to be heard. During these weeks of raging media accusations of anti-Semitism rife within Labour, British Jews who reject the claims of Israel to speak in their name have been meeting to organise and respond. They have a website now, “Free Speech on Israel”, declaring “as Labour and trade union activists, we assert the right to campaign in solidarity with all oppressed people, including Palestinians. Campaigning to end the injustices inflicted by Israel on the Palestinian people is in the very best traditions of the British labour movement.”

Their statement concludes by calling on “the Labour Party establishment to listen to the many Jews who are outraged by the lie that Jews are not safe in the Labour Party; cease victimising those who work for justice for Palestine; adhere to fair practice and transparency when investigating charges against members; call to order Labour Party members who bring the party into disrepute by spreading calumnies about widespread anti-Semitism in the party.”

The Jewish Socialist Group, founded in the 1970s and thriving despite years of abuse from self-appointed community leaders, wrote in its own statement: “Those who conflate criticism of Israeli policy with anti-Semitism, whether they are supporters or opponents of Israeli policy, are actually helping the anti-Semites. As anti-racist and anti-fascist Jews who are also campaigning for peace with justice between Israelis and Palestinians, we entirely reject these cynical agendas. The Conservative Party demonstrated their contempt for Lord Dubs, a Jewish refugee from Nazism, when they voted down en masse an amendment a few days ago to allow 3,000 child refugees into Britain while Labour, led by Jeremy Corbyn, gave total support to Lord Dubs and his amendment.”

Independent Jewish Voices – at whose launch in 2007 I found myself sitting next to a member of the Board of Deputies who spoke frankly of the corroding effect of the Occupation of Palestinian territories after 1967, and hoped to make changes in the way the Board reacted to criticism – said this: “The battle against anti-Semitism is undermined whenever opposition to Israeli government policies is automatically branded as anti-Semitic. The more public opinion turns against Israel’s indefensible actions, the more our opponents will resort to name calling in an attempt to discredit us. As Jewish critics of Israel’s policies, we urge people of conscience not to succumb to this campaign of intimidation and to continue the struggle for equal rights and freedom for all people.’

So what is happening? The Chief Rabbi has openly told Jews to vote Tory, following such luminaries as Danny Cohen (former head of BBC TV and chief dumber-down of Newsnight) who plaintively asked in The Times: “How can Jews vote for Corbyn?”

Jews for Justice for Palestinians is now 14 years old with 1900 signatories. One of these, Michele Hanson wrote in her Guardian column: “Labour is not ‘rife’ with anti-Semitism or packed with ‘dirty old [Stalinist] men’. It has always been, and still is, anti-racist. And so is Jeremy Corbyn, my MP. And so am I, but I do not like a lot of what the Israeli government is doing, particularly the continuing illegal occupation of Palestine. If I can’t say that without being told off for being anti-Semitic, then the world has gone mad.”

Open Democracy’s online magazine has been a welcome refuge from much of the printed media, with a comprehensive scrutiny of all the anti-Semitism charges by British-Israeli researcher Jamie Stern-Weiner. He has also just elicited a coruscating interview with Norman Finkelstein, that child of Holocaust survivors hounded from one American campus after another for battling with Zionist orthodoxies.

“Compare the American scene. Our Corbyn is Bernie Sanders. In all the primaries in the US, Bernie has been sweeping the Arab and Muslim vote. It’s been a wondrous moment: the first Jewish presidential candidate in American history has forged a principled alliance with Arabs and Muslims. Meanwhile, what are the Blairite-Israel lobby creeps up to in the UK? They’re fanning the embers of hate and creating new discord between Jews and Muslims.”

Are we heading for the rulebook that has governed US campuses ever since 9/11, where the only students able to voice anger at Israel’s war crimes are Israeli exiles? Adam Sutcliffe, head of the Department of History at King’s College London and the author of Judaism and Enlightenment, thinks we need to look out.  “We may be at a critical moment in British public life, risking a plunge into an American-style pseudo-politics, in which hurt feelings and wounded identities compete for moral superiority, sucking almost all attention away from the real inequalities of our world and our society. If the Labour Party loses sight of the primacy of addressing material inequalities, both internationally and at home, it really will have lost its soul.”

Jews in Britain have always been part of the solidarity movements, boycotts and fair trade organisations aiming to build justice for Palestinians. Jews have been there in higher than usual proportions as in all anti-racist work, a phenomenon which their political opponents put down to self-hatred but which they prefer to see as political integrity. It is important to remember that unease with Israel’s actions among Jews spreads far beyond the few thousand activists who have joined organised groups. But it’s also important to remember that there are now thousands, not dozens or hundreds, of Jewish people here who have taken the risk of signing up to statements calling them to break ranks with Israel. In one of the UK’s smaller minorities – fewer than Poles, let alone the visible ethnic minorities – that means something.

Somehow the Labour Party has to have the courage to work out an ethical foreign policy for the future while walking through a hail of abuse. Yes, it has to be a policy which confronts China over Tibet and India over Kashmir (an issue where British Muslims of South Asian heritage can add information and experience). And it needs to break with Saudi Arabia over Bahrain, where a series of British seconded officers still run the draconian security forces and the Crown Prince has a reputation as a hands-on torturer. However, Israel is unique among present-day settler colonial states in also claiming to be an outpost of European democracy and a refuge for the oppressed.

When Jonathan Freedland of The Guardian calls plangently for an end to treating Israel as the exception, does he mean dropping the country from the Eurovision Song Contest and more importantly from its special European Union trading status? Does he really mean that one day Palestinian-Israeli citizens will be allowed to buy land in the country where they have always lived, when most of the remaining Palestinian territory is being rapidly concreted over by vast illegal settlements? It is questions like these which leave me and my partner and friends shouting with rage in front of the television.

Statelessness is recognised in international law as one of the severest punishments. It leads to outflows of people seeking refuge, as with the Roma exodus of the 1990s after the Czech Republic removed their citizenship. Such memories are close to many Jewish people. My own father was stateless for 20 years in Britain (where the official government policy was zero immigration: only 200 survivors even of the Armenian genocide were allowed entry during the inter-war period, in contrast to France where 63,000 were allowed to settle). Non-Jewish refugees in Israel are designated as “infiltrators” and just four were granted asylum last year, although the country is signed up to the 1951 Refugee Convention – along with the convention against torture, the Nuclear Non-proliferation Treaty and others honoured in the breach.

Sooner or later, the issue of Zionism, the national project behind the founding state of Israel, has to be examined. It was a minority ideology until the Holocaust, when the refusal of other countries to accept refugees or returnees both before and after the Second World War made emigration the only survival option for many from Europe. These events cannot be undone. But must we stand by while Israel performs in slow motion what has already happened in Australia and the United States, a century before we understood the genocidal implications of settler nationalism?

Why is the Serb ultra-nationalist leader Radovan Karadzic rightly sitting in The Hague International Tribunal today for his crimes against the Bosnians, while attempts to arraign Benjamin Netanyahu are outlawed? Both men were elected, after all. Non-Jewish onlookers are bound to see the contradictions and feel disappointed that more in the Jewish community cannot uphold their prophetic traditions of justice.

Amanda Sebestyen is a journalist, activist and feminist. She has worked with asylum seekers for many years, and in solidarity movements with Bosnia and Kosovo, and for Roma rights internationally.

2 thoughts on “Missing voices have been heard”