Perhaps Israel’s most powerful tool in the campaign against delegitimisation has been to accuse the country’s critics of antisemitism. Doing so required changing official definitions of the term. This effort began during the final years of the second intifada, in 2003 and 2004, as pre-BDS calls to boycott and divest from Israel were gaining steam. At that time, a group of institutes and experts, including Dina Porat – a Tel Aviv University scholar who had a been a member of the Israeli foreign ministry’s delegation to the 2001 UN world conference against racism in Durban, South Africa – proposed creating a new definition of antisemitism that would equate criticisms of Israel with hatred of Jews.

These experts and institutions, working with the American Jewish Committee and other Israel advocacy groups, formulated a new “working definition” of antisemitism, including a list of examples, that was published in 2005 (and later discarded) by an EU body for combating racism. This working definition was adapted in 2016 by the International Holocaust Remembrance Alliance (IHRA), and has been used, endorsed or recommended, with some small modifications, by a number of other organisations – including the US Department of State, which, since 2008, has defined antisemitism to include any of three categories of criticism of Israel, known as the “three Ds”: delegitimisation of Israel, demonisation of Israel and double standards for Israel. (More recently, the IHRA working definition has been at the centre of the antisemitism controversy in the Labour party, which adopted a modified version of the examples accompanying the definition.)

Despite this history, had the definition concentrated on antisemitism experience by Jews in Britain and elsewhere in the diaspora it could have been acceptable. However, as we explained it does not. The definition is invoked as absolute proof of antisemitism. Accusation are made in the form of ‘this statement transgresses this example attached to the definition’ without the complainant feeling it necessary to present any further explanation of how the incident is antisemitic.

Of course, some incidents are obviously antisemitic without further explanation: daubing a swastika on a synagogue or calling a person ‘a dirty yid’. 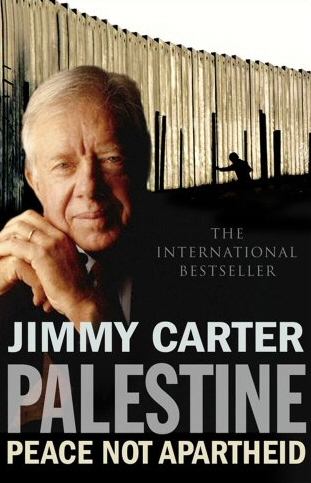 These are not the incidents under contention. The disputed statements relate to political analysis of what is happening in Palestine/Israel. It is not self-evident that calling Israel an Apartheid state is antisemitic; nor using the experience of Europe and European Jews as a reference point in discussion of Israel’s policies and actions. They may be, depending on context and precise content, but the accusation must be specific: the mere mention of Nazi and Israel in the same paragraph is not sufficient evidence of antisemitism.

The NEC code is carefully designed to address these complex and often subtle issues. I have yet to see an example of an antisemitic statement that would not be covered by the NEC code and we have had many examples of comments free of antisemitism that have been condemned by simple use of the refrain ’IHRA definition’.

Could you provide me with an example of an antisemitic comment that you believe the NEC code would exonerate? In all the condemnation of the code such basic argument has yet to be provided.

A Jewish person’s hurt at hearing criticism of Israel is not sufficient; seeking to hurt as an end in itself is obviously unacceptable and may be evidence of hostile and discriminatory behaviour, but we are often hurt by statements and events – it is a part of life; we often hear things that challenge our deeply held beliefs. There has been a constant effort to have Zionism regarded as an integral part of Judaism and thus covered as a protected characteristic under the 2010 Act, such efforts have been roundly rejected by judges when advanced in court. Zionism is a political viewpoint, albeit one held by many Jews, and also by Christian Zionists. It is not held to by a significant and growing minority of Jews. Political views, regardless of their links to an ethnic identity, are not and must not be regarded as protected characteristics.

It is remarkable how many Zionists who rebel at the use of the Nazi analogy for Israel feel emboldened to call me a kapo or a Nazi – they do this with intent to wound but seem to believe themselves virtuous by so doing.

It is important that Lambeth, as a Labour Council, should not align itself with those seeking to anathematise support for Palestinian rights. We gave examples in our previous message of how the IHRA document has been used to do just this.

There is indeed a real problem of antisemitism in Labour, but it is not a major problem nor the largest equalities issue facing our party. I look to Lambeth Council welcoming the NEC Code as a well-designed mechanism for dealing with any problems of antisemitism in the party and to the Council promoting free debate on Palestine and Israel where all viewpoints can be voiced and challenged. Palestinians I know are extremely anxious that the current climate of condemnation without evidence will prevent them from speaking out for the rights of Palestinians: in Israel, in the occupied territories, in the refugee camps and in the Palestinian diaspora. Any criticism my Palestinian friends make is liable to be condemned as support for terrorism, no matter how non-violent the action they are advocating, the BDS campaign is the obvious example. Anyone is entitled to support or oppose the BDS campaign, to argue for or against it, but it is not violent and it is not terrorism; despite this, the advocates of the IHRA definition would seek to censor support.

By acceding to the demands of those seeking to excuse Israel’s crimes the Council is failing its basic moral duty of giving succour and voice to those who are the victims of oppression.

I repeat our offer to meet you to discuss this further.

Thanks for your email. I have been away for a few weeks over the summer and returned yesterday, hence my reply today.

Unfortunately, I have to completely disagree with you about the seriousness and extent of anti-Semitism within our party. As Jeremy Corbyn has said, there is a real problem with anti-Semitism in our party and it must be rooted out. I was moved to write to Jewish groups in Lambeth because of the scale of the issue that we have seen and due to the national party’s failure to adequately deal with the problem. To dismiss it as a minority of cases undermines our party’s commitment to equality and anti-racism and I am determined that the Labour party in Lambeth should stand up for those values.

I have not assumed homogeneity of any community, but instead have recognised the views of the major representative organisations in the UK Jewish community, which have been utterly dismayed by our national party’s failure on this issue.

I do not believe the IHRA definition precludes criticism of the Israeli government, which all of us who are opposed to the current policies of that government (including illegal settlement building and indiscriminate bombing of civilians) should absolutely be able to make. The examples in the definition absolutely do not restrict the freedom of speech to criticise the Israeli government and that is why many public bodies across the country have rightly incorporated it. Recent reports suggest that the Labour Party is considering reversing its previous decision not to incorporate the definition and I hope that it does so quickly.

There will of course be discussions about the council adopting this definition and we will take on board the evidence you have submitted.

The first round of correspondence