The launch on Monday of Hugh Tomlinson QC’s devastating legal opinion on the so-called IHRA definition of antisemitism marks a watershed moment in resisting Israeli-backed attempts to gag pro-Palestinian advocacy.

The definition, deliberately equating criticism of Israel with hatred of Jews, was adopted in December 2016 by the UK government and has since been vigorously promoted by pro-Israel lobbyists to local authorities, universities, Labour movement organisations and other public bodies. Its rollout has coincided with an increase in bannings and restrictions imposed on pro-Palestinian activities, especially on campus.

As explained by eminent legal figures speaking at the launch, the Opinion drives a coach and horses through the definition, exposing it as:

Therefore pro-Palestinian campaigners who, for example, describe Israel as a settler-colonialist state enacting a policy of apartheid, or call for policies of boycott, divestment or sanctions against Israel, cannot properly be characterised as antisemitic.

Free Speech on Israel, Jews for Justice for Palestinians, the Palestine Solidarity Campaign and Independent Jewish Voices joined forces to commission the opinion, which was launched on Monday in House of Lords Committee Room 3 – a splendid setting where taking photographs is unfortunately forbidden.

The session was chaired by Labour peer Tessa Blackstone, who opened the proceedings by remarking, “Everyone who values free speech regrets the misuse of the IHRA definition.”

Truth about definition can now be told

Naomi Wayne of JfJfP, speaking on behalf of the four organisations, noted the “disgraceful rush” to adopt the IHRA definition by public bodies such as the London Assembly, which in February voted through a motion clearly intended to constrain debate about Israel/Palestine.

“The good news today is that thanks to Hugh Tomlinson QC we can now tell public bodies the truth about the definition,” said Wayne. 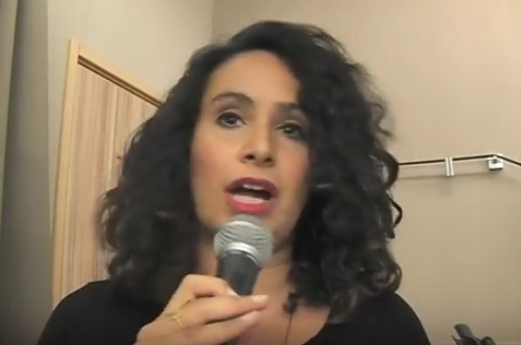 She said the Opinion demonstrates that claims made about the IHRA definition by its proponents are untrue. It is not a legal instrument and it does not permit labelling criticism of Israel as antisemitic.

“The government adopted the IHRA definition informally in order to avoid the proper scrutiny required for a legal measure,” Karmi-Ayyoub said.

She said the Opinion shows the government to have been misguided in adopting a definition so lacking in clarity. Properly interpreted, it says that conduct expressing hatred of Jews is antisemitic. Logically then, criticising Israel without expressing such hatred cannot be called antisemitic.

The Opinion reminds us that public bodies have a duty to facilitate lawful expression of political views even if vociferous or objectionable to some, Karmi-Ayyoub said.

Bannings or restrictions put in place in response to allegations of antisemitism, without evidence of actual antisemitic behaviour, opens authorities to the charge of failing in their legal duty. If they hold pro-Palestinian events to higher standards than others, they are open to being sued.

Sir Geoffrey Bindman, until recently chair of the British Institute of Human Rights and a former legal adviser to the Race Relations Board and the Commission for Racial Equality, stressed that Israel cannot claim to represent all Jews in its unjust treatment of Palestinians.

“Antisemitism is hatred or disparagement of Jews,” Bindman said. “Israel is an independent political entity. We cannot permit the IHRA definition being used to close meetings critical of Israel on the grounds that such criticism is directed at Jews. It is not.”

Both he and Sir Stephen Sedley, a former Lord Justice of Appeal, gave examples of experiences within their own families of genuine antisemitism that was both hurtful and shocking.

Both were adamant that confronting antisemitism was at the heart of their approach. But it was clearly not the priority of those disseminating the IHRA definition. 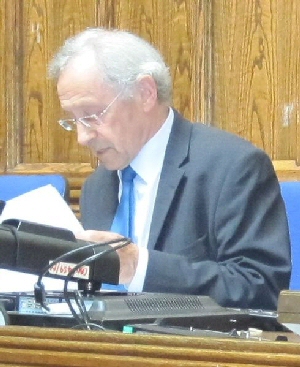 Sedley expressed his concern about misuse of the concept of antisemitism for the political purpose of prohibiting or inhibiting “discourse or action inimical to the state of Israel.”

Danger of implicating all Jews in “the excesses of Zionism”

He noted two “backstories” underpinning this misuse. One is the attempt over some years to uncouple antisemitism from racism in general. The other is the Zionist claim to represent all the world’s Jews. “Nothing suits Islamic fundamentalism better,” Sedley said, “than the idea that all Jews are equally implicated in the excesses of Zionism.”

“The adoption by government of the IHRA’s ‘working definition’ does not clothe it with any legal force,” he added. It was, however, not neutral and could influence policy both domestically and internationally.

Sedley stated that no policy can be adopted or used “in defiance of the law.” Individuals’ statutory right of free expression, for example in higher education institutions, “cannot be cut back by governmental policies.”

In the discussion that followed, Prof Jonathan Rosenhead, speaking for Free Speech on Israel, said there were many examples of the IHRA definition already creating a “chilling effect” on institutions’ willingness to permit lawful political activity, even when the definition was not specifically cited.

Bindman, Sedley and Karmi-Ayyoub advised the groups commissioning the Opinion to research and prepare dossiers on the policies being used by the police, universities and other public bodies as the basis for possible future legal challenge.

Karmi-Ayyoub said a successful case brought against an institution curtailing campaigning on behalf of Palestinians, without showing evidence of hatred of Jews, was the best way to deter others.

“Banning Palestinian activities needs to be shown to be a costly undertaking,” she said.

Summing up on behalf of all four groups, PSC Director Ben Jamal said campaigners for Palestine faced a global threat from various forms of “lawfare” based on conflating criticism of Israel with antisemitism. “They want to spread the message that it is best not to debate Palestine for fear of contravening the definition.”

He stressed the importance of keeping discussion about Palestine centre stage. “Our views are mainstream, not extreme or fringe, whatever our opponents claim,” Jamal said.

A press release issued ahead of the launch can be viewed here.